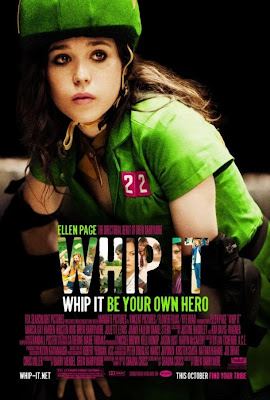 Whip it is a story of Bliss, a teen-aged girl with an suppressive mother living in a small town in Texas. Bliss' mother encourages her to enter beauty pageants which is the antithesis of Bliss' character, but she placates her mother and goes through the motions entering pageant after pageant. Bliss finds her passion when she sneaks out to go to a roller derby game one night and discovers that try outs for "The Hurl Scouts" are coming up. When she makes it on the team, she has to figure out how to pursue her passion while keeping her secret life as "Babe Ruthless" hidden from her parents.

It's an against all odds sports movie and I love it because the roller derby sport puts a unique, fun spin on it. Another thing that I absolutely love is that it's a coming of age story with a female protagonist, which is very rare, at least in Hollywood movies. And it will make you want to strap on a pair of skates and pads, get a roller derby name and go smash some girls in the ring. 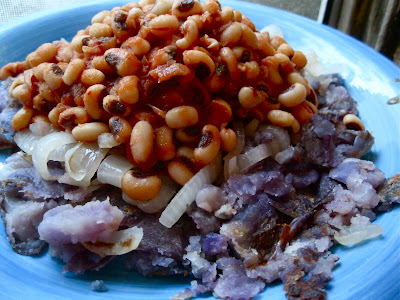 -about 10 purple potatoes
-one yellow onion (sliced in half moons)
-one pound dry black-eyed peas, soaked for about 4-6 hours

Add all bbq sauce ingredients to a blender and blend until smooth. Set aside.

Boil the potatoes until soft, let cool, then smash each one by pressing down with your palm. In the mean time boil the black-eyed peas for about 20 minutes (until soft). Saute the onion with a TB of olive oil and in a separate pan add a little olive oil and lay down the smashed potatoes in the pan on medium heat. Let brown slightly then flip and slightly brown the other side. Plate the potatoes side by side, smother them with the sauteed onions, add the bbq sauce to the black-eyed peas (warm if needed) and smother then on top. 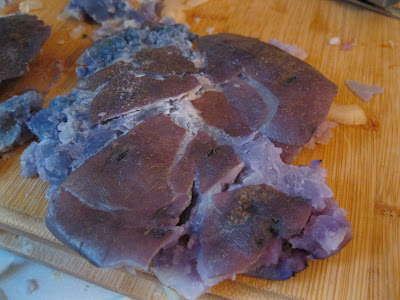 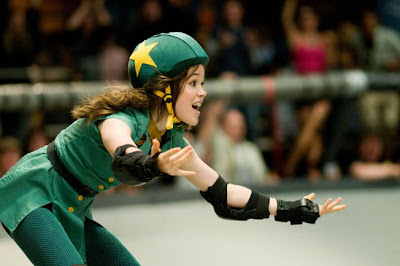 A vegan version of my favorite girl scout cookie! It has been so long since I have been able to taste the boxed cookie version of this because they are not vegan, and I have to say, screw those boxed cookies, these are even better! For the recipe, I borrowed a couple of the bones from Vegan Cookies Invade Your Cookie Jar. I don't have this book yet, I just saw a recipe from it on the internet. The VCIYCJ recipe looks perfectly great the way it is, but I wanted to make my own version of it. I made them gluten free too!

Mix the first grouping of ingredients (dry)
in a separate bowl mix the second grouping (wet) then add together. (Chocolate chips not included). Form into 1 inch balls and smoosh with the palm of your hands. Bake on 350 for about 8-10 minutes.

Meanwhile melt the chocolate chips on the stove and set aside. 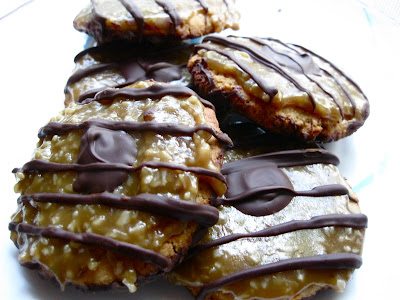 Make the caramel by mixing the vegan butter, brown rice syrup, soy milk and brown sugar. Heat in a pan over the stove and bring to a boil, then remove heat after about 3 minutes of boil. Mix in about 1/2 cup of shredded coconut, if you have any left over. 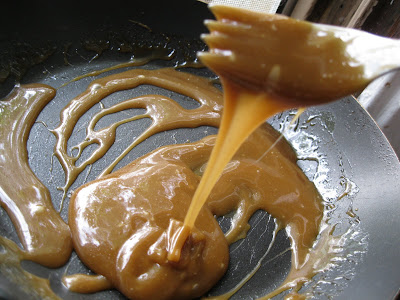 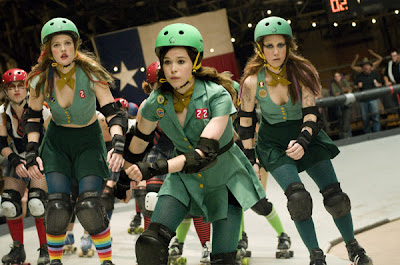 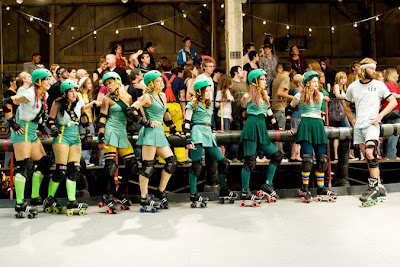 The characters in this movie have really cool roller derby names, like Smashly Simpson, Eva Destruction, Maggie Mahem, Bloody Holly and Iron Maven. What would your roller derby name be??? Share it with us! Or if you are already an awesome roller derby chic, tell us what your name is... 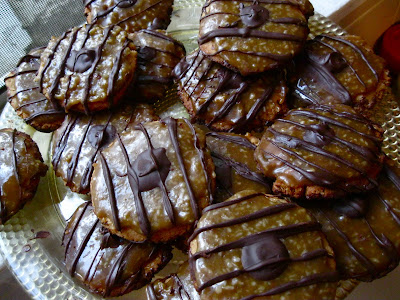