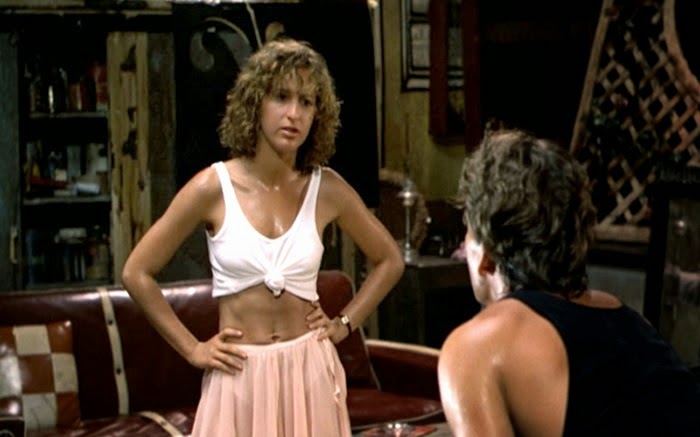 Perhaps one of the most underrated movies. Not because it's not adored but because it's too often dismissed as a mainstream, pop teen movie and not appreciated for the politically charged, feminist work of art that it is. Baby Houseman is a pillar of a healthy female narrative in film. She defies the classic female tropes. She is dynamic, ambitious, smart, a humanitarian with aspirations to change the world, fearful yet perpetually exhibits feats of courage, sensitive and nurturing yet never takes shit. Perhaps the most important aspect of her narrative is that her life isn't defined by a man, her life goals don't include a man, and spoiler alert: her life plans don't change to suit the life of the man she falls in love with. Not to mention- SHE comes to HIS rescue.

Multi layered- the film also deals with the dangers of illegal abortion, how the rich elite abuse the working class and a juxtaposition of a healthy sexual relationship vs. an exploitive demeaning one. Also, one of the most interesting elements is how Baby was an example of how to handle privilege right vs. being an asshole with privilege, e.g. the the despicable Robbie who seems to embody classism.

Baby Houseman, my hats off to you, you're a fucking badass. 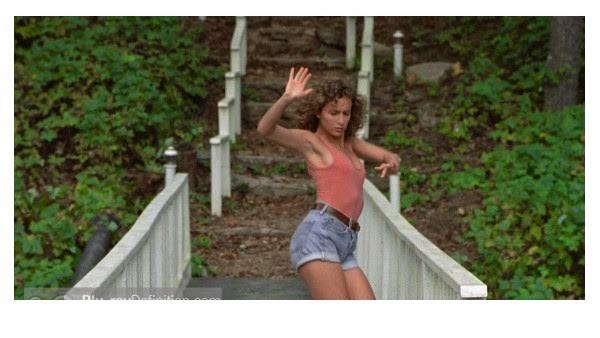 You remember the watermelon scene, right? "I carried a watermelon" Well, this post gave me a great excuse to try something I've wanted to do for quite a long time. Somehow have watermelon be the essence of a taco. I dehydrated the watermelon to give it a chewy toothiness, then I crusted it and pan fried it. Grilled would be even better! 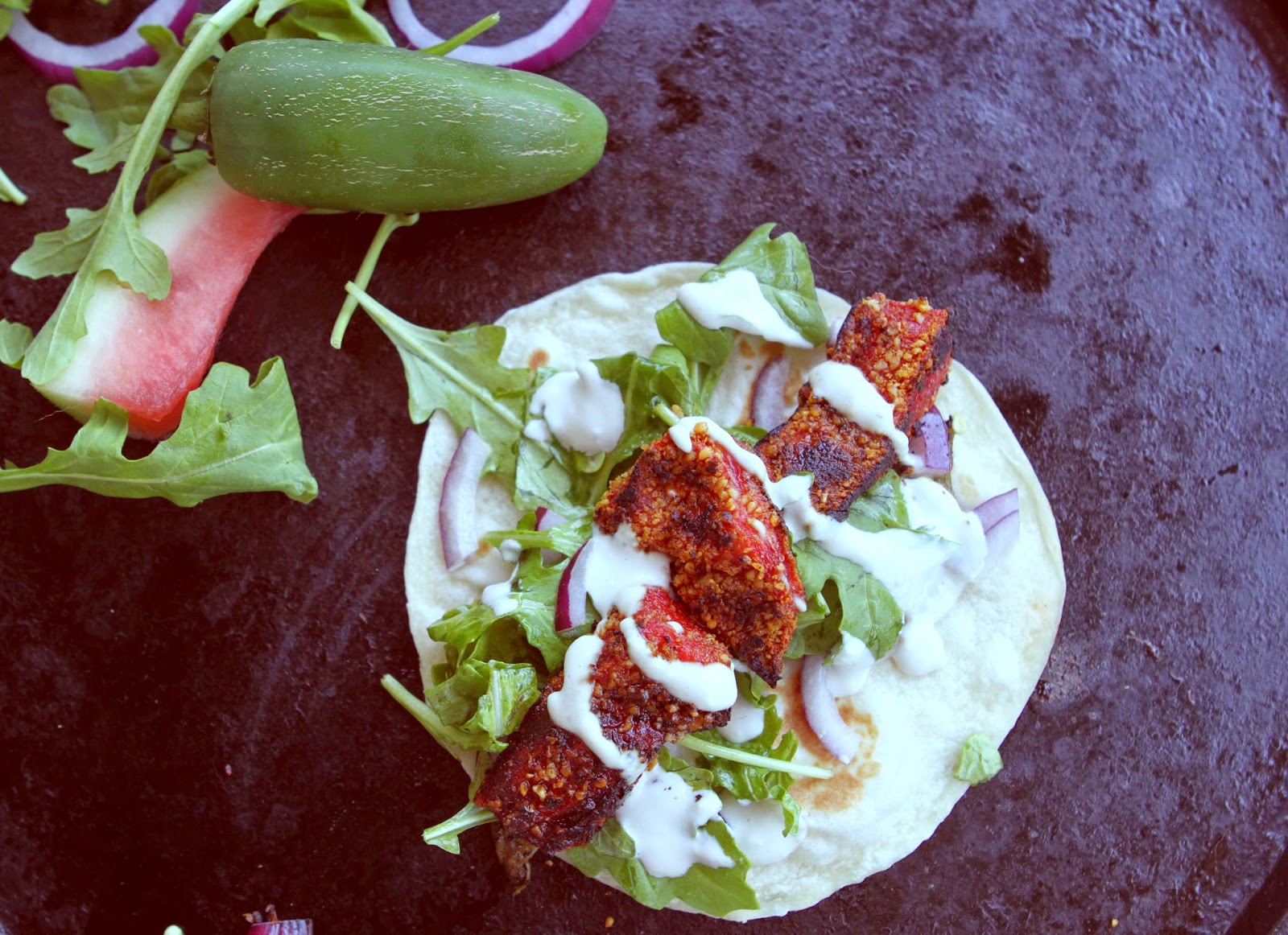 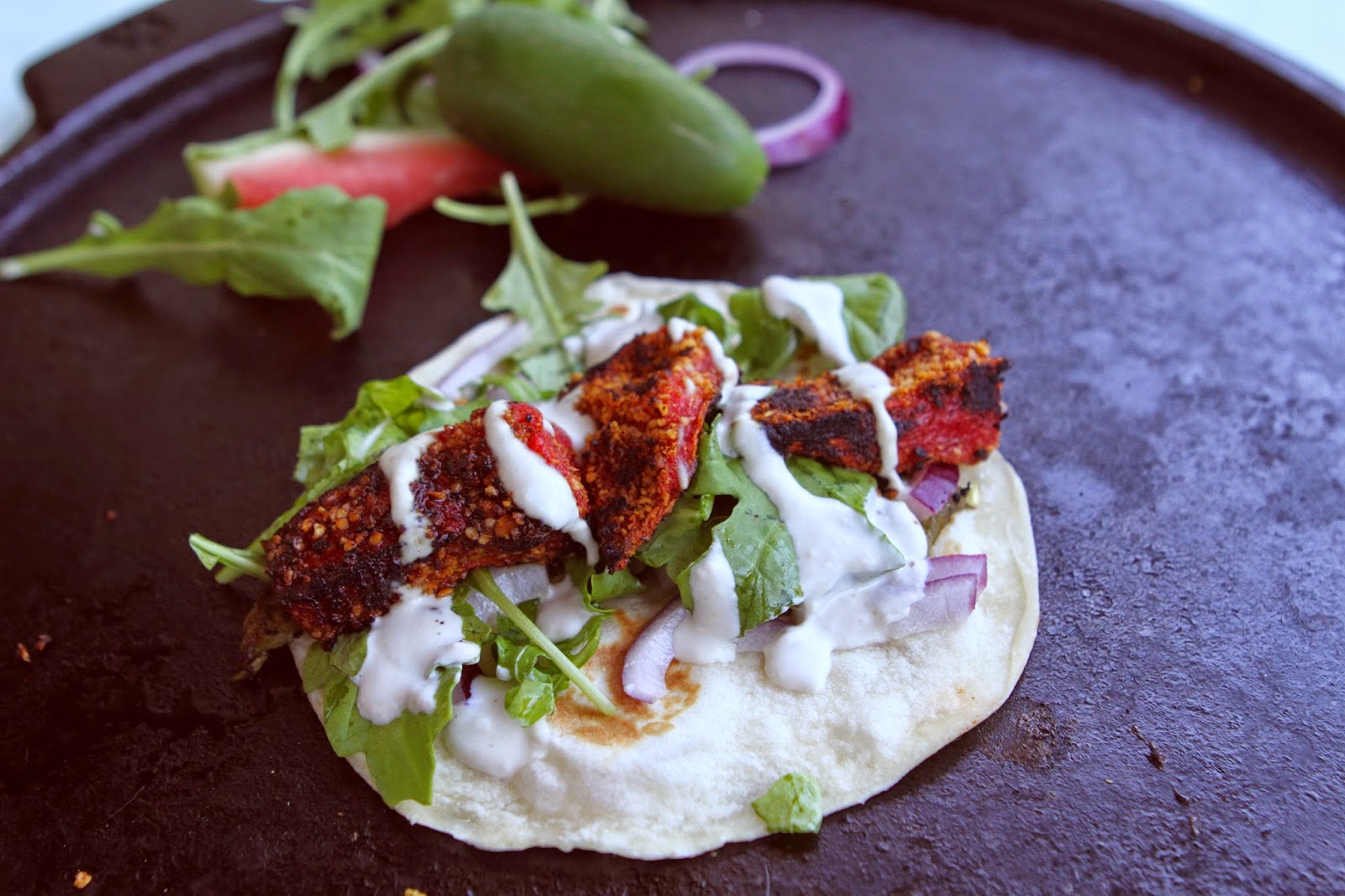 *A dehydrator is required for this recipe

Dehydrate 1/2" thick chunks of watermelon for about 8 hours and brush with oil.
Grind pine nuts with Nutritional yeast and chipotle powder with 1/8 tsp sea salt.
Coat watermelon with this mixture and pan fry on each side until golden brown.

Make a lime vinaigrette by whisking equal parts lime juice and oil. A pinch of salt and agave to taste.
toss vinaigrette with arugula and red onion.

Roast Jalapenos
at 450 until black and blistering
allow to cool slightly and remove the stem, skin and seeds
(warm back up before serving)